All Everhots include the energy-saving 'ECO' control as standard and they're all built to the same high quality so all you need to choose is your model, colour and whether you prefer the 'standard' finish or would like to add the 'Chrome Pack'.


There's an optional infill strip available for the back edge of the cooker's top which smartens the look (and if you've removed an AGA to install the Everhot it makes up the difference in depth dimensions).

Adds a chrome trim to your new cooker.

The handrail brackets and door hinge 'blocks' (normally in the same colour as the rest of the cooker's front), and handrail, door trims and hinge pins (normally brushed stainless steel) are finished in high quality chrome. 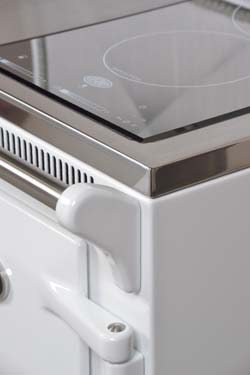 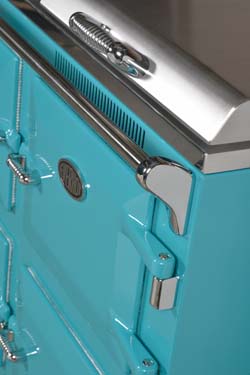 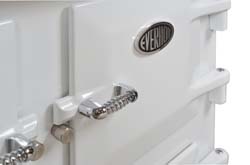 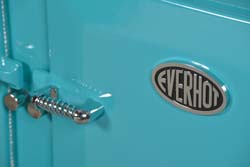 To accommodate the cables exiting the rear of the Everhot, and to leave enough room for you fingers to wrap around the handle when the lid is lifted fully the Everhot does not fit absolutely flush to the wall behind - there's usually a gap of about 30mm between the back of the cooker's top plate and the wall.

We've had some infill strips made to fill this gap and create a neater finish at the back of the cooker.


30mm fills the normal space behind the cooker needed for the cables to exit the back of the cooker without stressing them, and to allow the lid to lift fully with room for your fingers to comfortably wrap around the lid's handle.


More info on the infill and other installation questions here.


The 100mm version is ideal where an AGA has previously been installed; an AGA is about 700mm front to back and the Everhot is 600mm so the 100mm infill 'pushes' the Everhot that bit further forward so the front of the cooker lines up with the existing units, worktop and floor.


The 30mm version is, if needed, included with a new Everhot and the 100mm version is available at extra cost.

How quickly does the top oven heat up?

A question we are often asked.

It's long been an Everhot owners' 'cheat' to use the high-power grill element to quickly get some heat in the top oven - going from low to 200-plus degrees in 20-25 minutes (then turning the grill off and reverting back to the ordinary oven element in the floor of the oven).
Now though that's been 'built-in' to the control as a 'hidden' function in the latest ECO control fitted to all Everhots.
As long as there's at least a 20 degree difference between the current and target temperatures in the top oven you can use the 'Top Oven Boost' feature:

To access this press and hold the top oven's 'Power' button (to the left of its temperature display); first it'll then say 'off' in the display - crucially though keep it held down for a further two seconds or so and it'll then say 'b5t' (meaning 'Boost/BST') and the grill LED will come on (red) to indicate that boost mode is engaged and is using the grill element to heat the top oven.

Once the temperature is within 20 degrees of the target the grill element will automatically turn off and the 'over-run' combined with the ordinary oven element will get the oven to the desired temperature, all much quicker than before and with more accuracy than guessing how long to have the grill on yourself.