With a Three-Zone Induction Hob.


Approximately 700W heat output to the room (when at 'normal' cooking temperature). 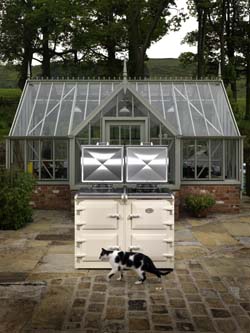 A high quality three zone induction hob.
It can be used separately to the rest of your Everhot, either as extra capacity when you're busy, or as a low-energy (and low heat-output) alternative to the cast-iron hotplate in warmer weather

All that's required are two 13amp power sockets (these must be two single sockets, NOT a double) to the side of the cooker (NOT BEHIND IT!) - there are two cables exiting the back of the cooker (1.3m long), with plug-tops to go to the sockets which must be no more than 0.6m from its right side or 0.3m from its left side. 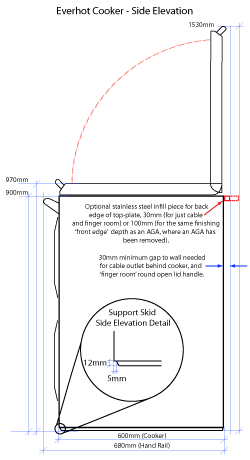 The Everhot 120i weighs approximately 450kg.

Available in all colours - see colours page for more information).

One Piece or Two?

A bit of background to help explain: Everhots are named after their size - the 120 fits a 120cm opening. The 120 series started with just the 'plain' 120 model being available. This is essentially two Everhot 60s married together with cosmetic jointing strips for the top and front-plates.

With each section weighing 250kg it made sense to deliver and install them in two pieces.

The 120i was developed using two '60' chassis, again married together with jointing strips, with a three-zone induction hob instead of the second cast-iron hot-plate and the controls behind the top-right door instead of a duplicate 'hot oven' (it did away with the two remote control boxes too; a much neater solution).

Since the induction hob model weighs a little less, Everhot decided to make a version of it using a 120cm wide one-piece chassis.

It's right at the limit of what can be done from a practical point of view but providing there's access to the kitchen to be able to get it in, it's a neater (and more popular) solution.

It's left the legacy of the two-piece 120i still being available, although it's not as popular (most people prefer the look of the one-piece version) it is sometimes necessary when the access to the house doesn't allow a one-piece model to be brought in. 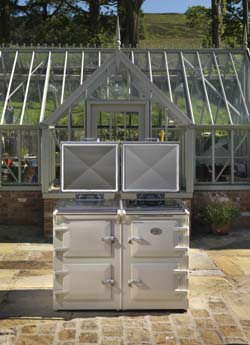 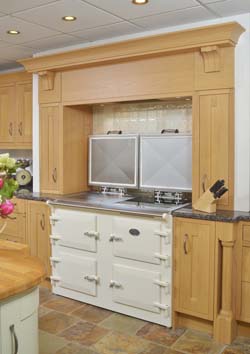